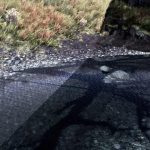 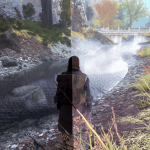 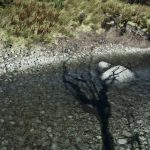 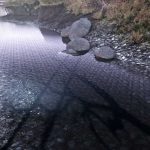 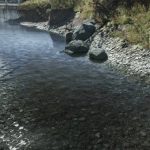 This mod was created thanks to the work of the author Enlightenment Bugfix mod, who found the solution. Thanks again author(s)! See at details on forum.

I maked own version because there is not a fix for water (second problem).

NOTICE
If you don’t have a problem with water and have Enlightenment Bugfix already installed – you don’t need my mod.

DESCRIPTION
This bugs appears in localized versions. But not in all. Some of them have only enlightenment problem, rest of them – both problems.
See at pictures in photo gallery, wether You have this bugs.

The problems is beacuse have been translated two values in string files (or one according of language version).

Now all are changed to “Wilderness”.
I didn’t notice any side effects in my Polish version.

Second problem – water texture (is “static” and water does not flow – see at pictures for effect):
AppalachiaLocation should be “Appalachia”. Some of version have been translated (Appalachy, Аппалачия, etc).
This solution have a one liitle “side effect”. When You laeve some interior space (for example building), the title on the door appear in english: “Appalachia”.

INSTALLATION
When You download package for Yours language version – unpack and copy file (with folder “strings”) to folder DATA in game localisation (f.e. Fallout76\Data\strings\).