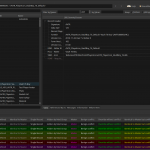 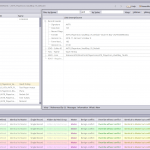 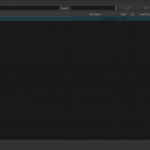 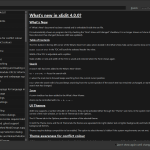 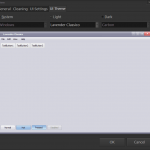 Other xEdit variations:
xEdit can be used to view, detect conflicts, and edit module files of various Bethesda Games. Other members of the xEdit family include TES4Edit, FO3Edit, FNVEdit, TES5Edit, SSEEdit, FO4Edit, FO76Edit

What’s new in xEdit 4.0.0?:
What’s New
Elminster has made significant changes between 3.2.2 and 4.0. Those changes are described in What’s New and a document in rich text format is included with xEdit for offline viewing.

ElminsterAU has created a Patreon Page to outline his future xEdit development goals.

Current Documentation:
The Fallout 3 training manual was converted by EpFwip in 2013 to HTML format. This conversion has been updated as the official and current documentation for all versions of xEdit.

Wiki Pages:
Originally pages were available at the Bethesda CK Wiki. Some pages have already been depreciated and others will be depreciated once the xEdit documentation has been updated.

Mods made without the GECK/CS/CK:
We understand that many authors avoid the Official tools like the GECK, Creation Set, or Creation Kit in favor of xEdit. However mod authors should be saving and updating their mods with the official tools as often as they can tolerate. Not doing so has lead to situations where records must be recreated from scratch.

Almost all games received some kind of changes to their record decoding for the 4.0 update. One example would be OMOD records for Fallout 4. We discouraged authors from modifying OMOD in xEdit because it was not decoded properly with original versions of xEdit prior to the release of the Fallout 4 CK. Some records for previous versions prior to 4.0 were still not properly decoded. Elminster has made corrections in 4.0. Therefore 4.0 is a required update and using previous versions will cause irreversible errors.

Change Log:
The changes have been moved to the What’s New document.

FAQ:
Q: I have the following errors with one of my plugins what do I do?

A: Occurs with plugins made with the ReProccer, NPC Editor or other 3rd party tools. These cannot be corrected with xEdit. You can try using the official Bethesda Editor but the official tool may not be able to correct the errors with loss of data.

Q: The Font is too small, I have a 4K or Hi-Res monitor. I can’t read the text how do I increase the size?

A: There is some support for font scaling for Large Size, Hi-Res, or 4K monitors. This will help readability but in some situations there is no control for popup boxes that expect input from the user.

Community members who have contributed in some way:
Listed in alphabetical order

Credits: ElminsterAU and the xEdit Team