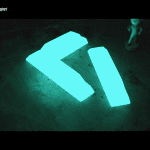 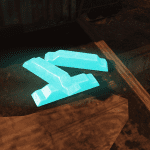 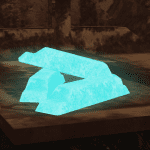 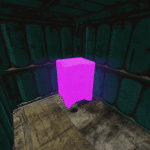 Glowing Pitt Stuff is a lightweight mod that aims to overhaul the textures on important assets used in The Pitt Expeditions, to make them stand out while not giving them obnoxiously huge models.

Motivation:
When the Expeditions update released, I realized that some of the optional objectives (Namely the Foundry Steel one) are really hard to find. With that in mind, I decided to make a mod that gave the models a glow-in-the-dark texture to make them easier to find. I didn’t think it warranted a model change as they are in pretty obvious spots, but just hard to miss due to blending in with the environment.

Future updates will introduce more glow in the dark textures as i get to implement them and test them to make sure they work.

DISCLAIMER:
Due to the fact many of the assets in the Expeditions DLC were recycled and reused from other locations in game (ex. Communist Safe, Certain Pipes), you may see certain props or decor glowing in normal Appalachia. I don’t know of a way to fix this without outright replacing the models with unused ones, and as it is, I don’t want to do that, as this mod is meant to be lightweight and change only textures. If anyone knows of a way to make certain textures glow in the dark ONLY when used in a certain scenario, I would gladly appreciate hearing about it.

Changelog:
If a line is marked with (Verified) / (Unverified) at the end, it means that it was either Verified in game and known it works, or it isn’t verified and needs further testing

Ver1.0
– Replaced texture for Pitt Steel to make it Glow in the Dark with a Light Blue color.