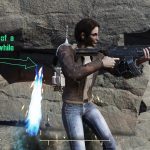 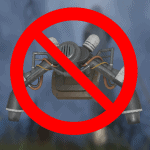 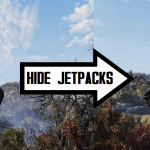 Flying with a jetpack’s pretty neat, yeah? But you know what’s not neat? That giant eyesore on your back that’s totally clashing with your outfit. Install this mod to fix that particular problem and un-cramp your style!

Sometimes when you load into Fallout 76, your jetpack isn’t rendered. And while this is technically a visual glitch, it’s actually something I actively prefer over looking at the gaudy Secret Service Jetpack. However, switching servers, respawning, or swapping chest armor pieces tends to fix it. But if you’re anything like me, you wish it wouldn’t be fixed. So I made this mod.

There was a mod here previously that attempted to render the jetpack with a texture made to be invisible, but it didn’t quite function, which is a shame. So I took it upon myself to edit the actual model itself to be a blank piece of nothing. This mod swaps out the actual mesh (with nothing) rather than rely on invisibility tricks that the engine doesn’t always like to play nice with.

Download the .ba2, slap it in your Fallout76/Data folder, then edit your Fallout76Custom.ini to list the mod as per usual.
There are still flame jets that shoot out when using the jetpack. I neither know how nor want to remove those, however.