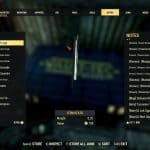 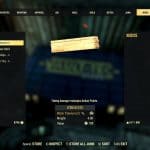 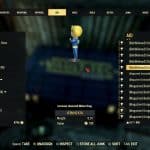 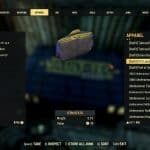 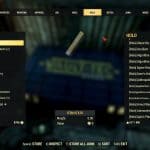 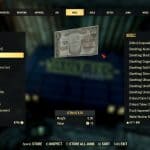 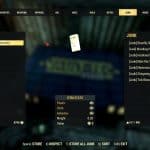 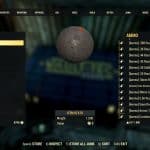 Another string replacement for proper item sorting, designed to provide a better inventory management experience. Features numerous tags with some improvements aimed at quality of life. Some tags include extra details, hopefully crammed in the tag itself in a good way to avoid confusion.

Yet another localization mod for sorting, tried to make a few things different. Depending on how much time I spend on each tab, and why, tried to tackle some issues that I encountered. For example, first thing I ditch in the Ammo tab are mini-nukes & missiles, so they are pushed to the top of the list. As I’m a herbivore, yet can still eat Eggs and can sate my hunger with those, I tried to mark it without making it look confusing somehow. So on and so forth… more details in individual tab tags & details below! I highly suggest using Better Inventory along with any sorting mod, in any case.

Weapon & Apparel
Not much can be done for Weapons & Armor, unless the dynamic naming rules can be adjusted without .esp’s unfortunately.

The first two are rather self-explanatory. Underarmor is properly tagged, with the type of underarmor being denoted within “()”; for example, |Underarmor| Harness (Raider); which means this underarmor can be upgraded with “Raider” linings.

Aid
Food & Drink is detailed, hopefully just enough to not confuse anyone. At first it might look confusing, but I tried to cram as much info as I can without overloading myself looking at my Aid tab. This part is the biggest part that I’m open to suggestions.

F stands for Food, D stands for Drink. FD stands for consumables that both quench your thirst, and satiate your hunger.

Stars denote the complexity & benefits of a recipe / consumable. In some cases, also used as a separator (like “Dog Food”), or to denote the rarity (like “Perfectly Preserved Pie”). Any perishable that doesn’t have any stars has a disease chance, as it is raw.

The “~” some recipes might have denotes that they contain alcohol. Not sure if you can get addicted to alcohol through those, but wanted to point it out beforehand if that is the case.

The “~” for chems denote addictive ones. [Cure] contains three items, one such as “Addictol”. [Nuka] contains all Nuka products, while the one with “~” denote alcohol. Bobbleheads, Magazines and Spoiled stuff use “{” and “}” and are pushed to the bottom of the list. |Nuke| includes all nuke-zone related items, like flux, inert flux, ionized meat, and so on.

Some tokens and other items have weight to them, so they use “()” to get pushed to the top of the list.

Everything that goes under this tab should be marked properly. As this was a colossal list, this one has the highest chance of having errors.

Anything that is a learnable plan or a recipe is differentiated from the rest.

Every recipe is categorized as such. The “+” for Armor and Weapon denotes that the plan contains a mod for an item, whereas the lack of it means it contains plans for a brand-new item for you to craft.

The rest of the notes are categorized as such.

Somewhat self-explanatory. Junk scrap materials are listed after its name, and are limited to 3 characters per raw material to not make it look extremely long.

Following in the footsteps of the plans, pretty much self-explanatory.

I like taking photos for the loading screens, so it has its own category, in essence. (Ammo) is used for heavy ammo (missiles, cannonballs, and mini-nukes) so they appear at the top of the list if you need to ditch some.