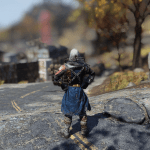 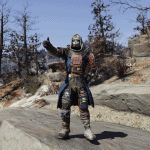 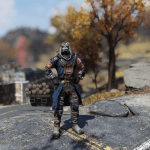 A replacer mod that replaces the “Drifter Outfit” and “Sack Hood with Straps” with a very similar outfit based off of the datamined Cutthroat Outfit and Helmet from a while back.

Cutthroat Outfit Mash-Up!
(That is slightly edited because of limitations and-other-sad times.)

Anyway, this mod replaces the “Drifter Outfit” and “Sack Hood with Straps” with a similar concept based off of the datamined Cutthroat Outfit and Helmet of sorts.

WAT DIS DO:
I tell you what it do be doing except I won’t because it’s literally already explained like twice here.

HOW DOE:
Magic, some radiation I guess, and a whole lotta Nuka-Cola to keep me up apparently. I took the original Raider Cage Armor files and combined them into one outfit (I separated the helmet from the mix of course) and retextured them using the datamined Cutthroat-themed atomic shop skin textures. VOILA!

OKAY, BUT LIKE, WHY DOE:
Because I like raiders! And edgy pokey metal bits on armor that can poke eyes out and look cool at the same time that is why, good person! Also the Cutthroat skin had some dope colors on it and in my honest opinion looked better than the default cage armor’s. Oh and also because I know raider fans like myself have been wanting the cage armor and/or Cutthroat outfit for like ages, so here you go at last!

OKAY, BUT LIKE, WAT IF THE OUTFIT FINALLY GETS RELEASED ON THE SHOP? WAT DEN, HMM?!:
Uhh, well. I mean. You can probably just uninstall this mod and get the actual outfit instead if/whenever it releases? *shrug*

Installation:
Get Fallout 76 Quick Configuration – INI-Editor and Mod Manager at Fallout 76 Nexus – Mods and community first and foremost.
Launch it, click on Mods at the top, then click on Add Mod from Archive on the left side, select this mod, then checkmark it, click on Deploy at the bottom-right, wait for it to finish, then close the window and return to the main Quick Configuration application and click Apply. You are now good to go!

Uninstallation:
Launch Fallout 76 Quick Configuration, click on Mods at the top, un-checkmark this mod, then click on the red trashcan icon on the left side to Delete it, click on Deploy at the bottom-right, wait for it to finish, then close the window and click Apply on the main Quick Configuration application and you’re done!

Potential Issues/Bugs:
Equipping only the helmet will have some uhh, rather noticeable seam issues with most other outfits. Unfortunately nothing I can really do about it because if I combined the helmet onto the armor as part of the main outfit for example, several other issues would come up, etc. so ya win some, ya lose some. Aside from that, no other issues were found on my end and I had a good friend test it out and he didn’t find anything either. If you DO find any other issues, please post in the comments and I shall look into it when I have time!

Other Notes:
Admittedly, the outfit doesn’t quite match the Cutthroat Outfit in terms of design. There are some subtle differences between it and the original cage armor, but because I could not for the life of me find the Cutthroat outfit and helmet meshes literally anywhere (I’m convinced only the textures exist honestly) I instead just used the default raider cage armor and slapped those new textures on it. I also had to remove a physics-based pouch on the back of the belt since it wouldn’t cooperate with its own physics whatsoever. Sorry it’s not 100% like the datamined screenshots!