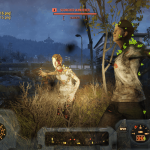 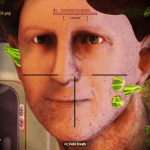 I’ve always felt that the scorched were the only ‘good’ faction in Appalachia. They were the people, the citizens, they worked together and tried to survive together selflessly unlike the Enclave and BOS who despite their claims of trying to preserve America did not honor their oaths to the constitution and the duty to the people.

So we’ve bestowed upon the remnants of these poor downtrodden people the highest honor, of being recreated in the image of Godd Howard.

This mod replaces all the scorched faction with Todds.

THANKS
Thank you to everyone that’s helped along the way in creating this, including but not limited to KANRAx2, KKTheBeast, Wanaming0, Jostrus, Dogtooth, and ApoAlaia.

Huge thanks to KANRAx2 for permission to use their beautiful Todd mesh.

This would not have been possible without the help of KKtheBeast being an awesome teammate and doing (at least) half the work.

Recommended
using this glowing scorched mod for the glowing ultracite that’s on them seen in the screenshots https://www.fallout76mods.com/glowing-scorched/