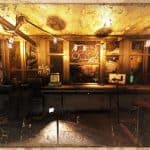 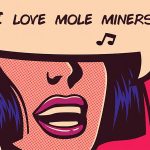 Replaces the music that plays from The Rusty Pick gramophone with a catchy little number.

I had a long conversation with Mr. Murmrgh one day, and he told me how bored he was with the same music playing over and over. Apparently a ghoul with extremely poor taste in music was to blame, and his name was Mort. Silly, silly Mort, what on earth was he doing travelling to The Rusty Pick anyways? Murmrgh also mentioned that his favourite song is a catchy little number by The Village Stompers called “Washington Square”. The song reminds him of his slap happy banjo days, back before the galena stole his heart. I told him that I’d find the vinyl and pop it on.

Amazingly, I found it inside the gut of a gulper a few weeks later, along with many other records. Apparently this gulper was quite addicted to eating vinyls.