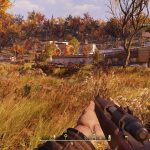 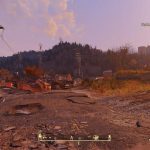 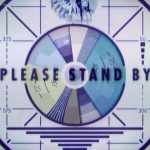 What it does.
Makes the game WAY less blurry
tweaks the color space a little. (really just left over crap from the FO4 release, just disable the shaders in the SweetFX_settings.txt if you don’t like it, its ridiculously subtle though, your choice)

This removes the “fuzzy” look the game has by sharpening everything, and increases color fidelity without over-saturation. You will get the clarity back that FXAA / TAA removes, yet still maintain all smooth edges. It’s the best of both worlds. I made sure to only use the shaders that have a minimum performance impact. I.E. on my 4 year old laptop, I only noticed a 1-2 fps drop overall running 7970m 2GB VRAM. In fact on Ultra settings, I gained 1 FPS in many areas. What sorcery is this?

Graphics junkies like myself, your mom & sister. (grandma can watch)
Peeps tired of a blurry motion sick post apocalyptic wasteland
Anyone finds themselves squinting at a monitor 2 feet from their faces

Your PC is held together by duct tape & willpower
You are at 30 fps, because come on 29 is just unplayable right?..RIGHT?
SweetFX / Reshade haters, their moms, sisters. (grandma can still watch)

Excellent color and fidelity. (Did my best to stay true to Bethesada’s vision for the game)

Extremely Low performance hit
You need to manually install it. (due to NMM only allowing access to the Data folder – no root access)

Inside Shadowed areas darker. (Flash light recommended) – Ferral’s can actually sneak up on you now. #HorrorMovie

Need to reconfigure “Darker Nights” as vanilla is much darker now
20% Brighter version does appear to “flatten” the image some. As the shadows are not as dark…IMHO

Installation:
EXTRACT all files with 7zip. (32 or 64 bit is fine) don’t run it inside the 7zip file. It will fail
Run “Reshade Setup” as Administrator (or the dll file will not get copied)
Click “Select Game”
drill down to your fallout 76 install folder (for most people it will be C:\Program Files (x86)\Bethesda Launcher\games\Fallout76)
Select Fallout76.exe
Done! Enjoy!

NOTE: The default toggle key to turn the effects on and off is SCROLL LOCK. This can be remapped in the SweetFX folder now in your Fallout 4 directory in Global_settings.txt. I use the insert key on my rig. #define ReShade_ToggleKey VK_INSERT //Set the key that should toggle the effects On/Off