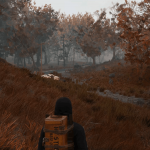 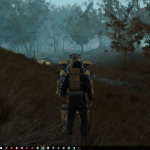 This mod is just a series of tweaks to the camera settings in the custom.ini rather than a file to download. These camera settings move the camera up and back when the player is not in combat to provide a better view of surroundings. When the player is has a weapon drawn the camera changes positions based on if the weapon is melee or ranged. Ranged weapons move the camera in the closest and ADS zooms with the camera right over the player’s shoulder. I tried to bring the camera as close to the player as possible during ADS (wanted to look directly over the player’s shoulder) but unfortunately had to keep the camera wide to accomodate for Power Armor, still I like the end result quite a bit and think it’s easier to play and loot things (especially at your feet) than the vanilla camera.

If you don’t already have a custom.ini file there’s a sample and tutorial available from most other mods. To “enable” this mod simply paste the following lines of text at the bottom of the custom.ini file.

Check out the video for a demonstration.