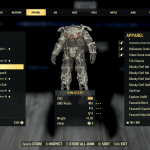 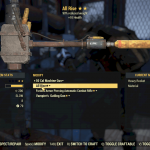 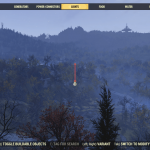 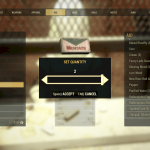 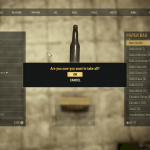 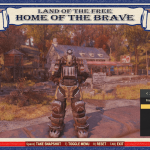 Description
This mods extends support for ultra wide 21:9 support to many of the menus that Bethesda did not include. The menus that Bethesda did not update show up as stretched and ugly when using a 21:9 resolution. I have noticed that Imperfect Ultrawide has not been updated for quite some time, and I perfectly understand it can get daunting to update these menus for every release. Please endorse Matakor’s mod!

Features
This mod adjusts the following menus for the 21:9 ultra wide aspect ratio:

If you included other mods, add this mod to the list separating it with a comma

Removal
Same as above, just in reverse order

NOTE:
This mod does not work with Nuclear Winter mode

Known Issues
Due to the regular updates of Fallout 76. I wanted to keep maintainability in mind as much as possible. That being said, I only update the absolute minimum number of menus that I feel need updating. particularly the badly stretched menus. That means that while menus like the HUD and Perks menu are not “Perfect”, they aren’t that bad either and the more menus to maintain the more difficult it will be to update regularly.

I did not include the respawn menu. It is rarely used and is one less menu to maintain.