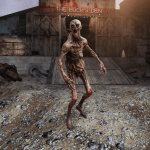 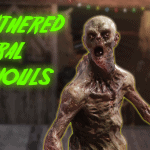 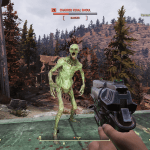 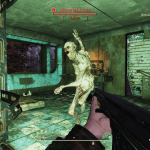 This is a mod I made for myself, though I’m sure at least about three other people out there might want this as well. Simply put, I was getting tired of looking at comically bloated and chunky ghouls at every high level area in the game. And while yes, I am aware that the bloat can be explained as layers upon layers of radiation-induced tumors mounding under and over their skin to create the bloated appearance…..I just don’t like looking at it.

I always found ghouls to be creepier when they were emaciated and skeletal-looking, just like Fallout 1, 2, 3, and NV. The bloated ghouls of Fallout 4 and Fallout 76 just don’t do it for me (especially since they’re primarily only encountered in high level areas, which is where I myself spend a lot of my time in-game), so I made this mod to, in my eyes at least, restore their creepy factor by substituting the “charred” variations with the lesser-seen “withered” variations.

So if you would rather look at ghouls more reminiscent of previous Fallout entries rather than hordes of fatties, I recommend installing this mod.