ACAB76 – All Camps Are Beautiful – Hottub 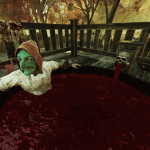 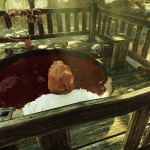 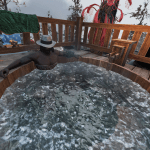 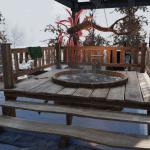 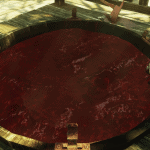 ACAB76 – All Camps Are Beautiful – Hottub

Hottub enhancement / replacements for those who purchased this item from the shop and were disappointed by its lame ultra-low-quality textures.
You might want to stick to vanilla object but with better quality textures, or perhaps, you might pick a different themed version of it, like for instance the bloody bath one to fit Haloween spirit.

I use to make mods which could be enjoyed by everyone, but this time I just deceided to be more selfish and to work on an oject only some people may have in their C.A.M.P. … So, when I purchased the vanilla hottub, a few weeks before BS released separately another one ( Vaultec Hottub ), even if still cool to make some funny screenshots with your friends, I was very disappointed with it…
First, as for some custom beds you also can purchase in the shop, resting at the hottub will not take in account the “soulmate” bonus you should have thanks to your ally if you go until end of quests with her/him ; Bonus which is given by common beds. I could not do anything about that without hacking the game…
However, something I could do, at least, was trying to enhance the very lame low-quality textures used by the vanilla hottub object… ( second grief ! )
…And here is my work ; Alternatively to enhanced vanilla, you might prefer for fun another version such as the bloody bath hottub ( more to come in the pipes at the time I am writing, with Whitespring & Hippies variations for now unfinished ).
Both of current versions includes an animated napkin : I know the mesh isn’t perfect ; It is a hand-modified version of the misc “rag” object ; however, it was a fun challenge for me to make it : As I wanted it animated in the wind, it was technically a bit difficult to achieve ( as, you know, unless I am wrong or you’re a BS dev, you can’t export for now from 3D softwares to the FO76 format… Thus you have to use hex editor or/and to make a lot of hand-edits.
…Whatever, this is what I have for you, if you have a hottub in your CAMP : I hope you will enjoy these mods as I do.

To install:
Choose just one, open the .rar and extract the .ba2 files : ACAB76_hottubM.ba2 and ACAB76_hottubT.ba2 ; Move these files to the fallout76 DATA directory, and, as for any other mod, add the file name separated with a comma to the sResourceArchive2List list in your custom.ini file.