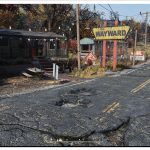 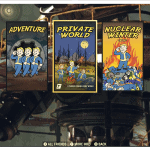 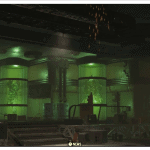 This mod adapts and resizes the most common interface elements in Fallout 76.
It’s still in it’s early stages and updates will follow as soon as i have time to do them, it’s is now fully playable but will contain bugs and several parts that are not done yet.

Seen a lot of users wanting a 32:9 mod so figured it was best to just release what i have done so fare.

Mod is inspired by Unstretched UltraWide ﻿(21:9) and HappySundays 48:9 mod (Not listed on Nexus)

Credits goes to:
Fallout 76 Dataminer discord and it’s creator Eckserah.
Manson for automating / scripting the update process for later upcoming Fallout 76 patches.
Chraczil for finding an obvious mistake i had been fighting for a week in under 5 min’s

And the rest of you guys and girls that helped me out.

This mod will work with Perk Loadout Manager but you must use the (No HUD loadout notification) version.
ImprovedHealthBars﻿ currently breaks the mod, looking in to that, and will probably work in a later version

As with most mods this will not work in Nuclear Winter mode.

Any mod that modifies files in the SeventySix – Interface.ba2 file will most likely break the mod, so the first time you install please
rename your Fallout76Custom.ini

Installation:
Currently the overlay.swf changes will not stick if this mod is archived as its own file, so for now you will need to add the files to the original SeventySix – Interface.ba2 like explained bellow.

If you are having problems with the screen being to small:
Set your iSize H and iSize W to:
iSize H=1440
iSize W=5120
In your Fallout76Prefs.ini and write protect it.

2. Follow the instructions on the page to install it.

5. Unzip you downloaded mod and unpack “Interface”, double click your C:\Program Files (x86)\Bethesda.net Launcher\games\Fallout76\Data\SeventySix – Interface.ba2, Archive2 should now open, after that just drag your unpacked “Interface” folder into Archive2 and save.

6. Good to go, start your game