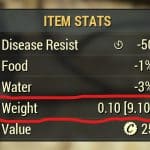 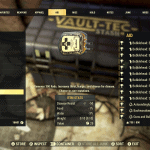 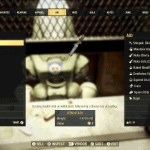 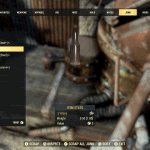 Adds stack weights to stash boxes, vendors, workbenches, vending machines, containers, player trading, etc. (anywhere the item trading interface is used). This will be displayed in brackets next to the per-item weight for any stack.

Displays the total weight of stacks of items in all trading interfaces. This is extremely useful if you are running out of space in your stash, or want to check weights while trading.

If you also want stack weights in your Pip-Boy, install Better Inventory as well.

Note that this mod will very likely break when the game is updated, same as any other mod that modifies swf files. With that being said, Bethesda has already announced they will soon be including this feature (at least for the Pip-Boy inventory) in the next official update, so this mod may not be needed for long.

Compatibility:
This mod is not compatible with any other mod that modifies securetrade.swf. Notably, it has been pointed out that Save Everything is incompatible.

To install, either:
Use the Fallout 76 Quick Configuration tool and install as a “Separate *.ba2 file”

Development Info
If anyone wants to build upon this mod (with attribution) or is just interested in how this works, the following steps were used:

Saved and repacked to a new archive using Archive2